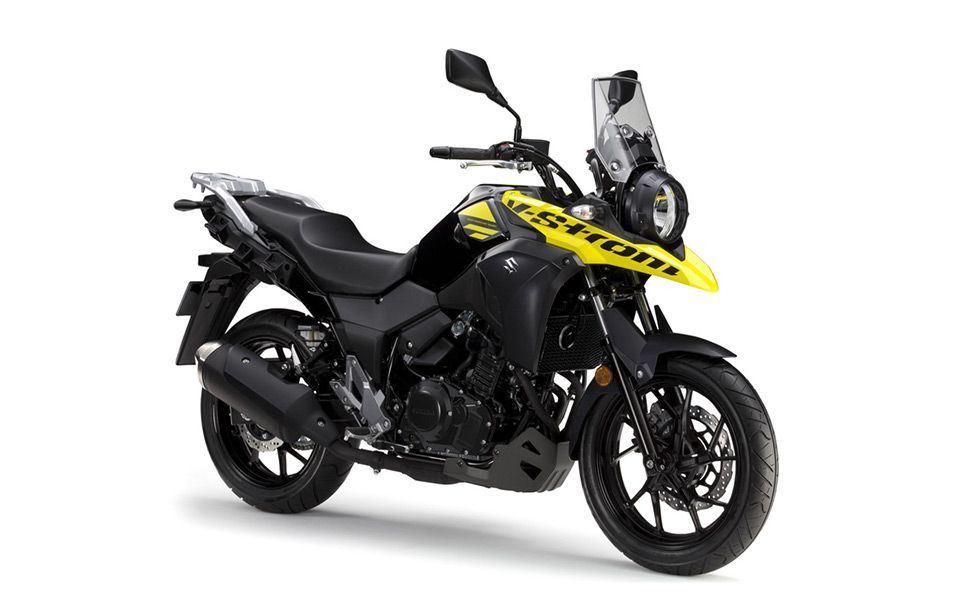 Being one of the top two-wheeler manufacturers in the Indian market, Suzuki has a lot of motorcycles in its product portfolio. Be it the Gixxer SF twins launched last year or the laid-back intruder 150, Suzuki has the consumers covered on all fronts.

Suzuki is, however, ready to bring back some of the older motorcycles from its product portfolio with a few new launches lined up as well. So, here’s a list of all the upcoming Suzuki motorcycles that are in the pipeline.

While there have been a V-Strom 650XT in the past, the V-Strom 250, for when it arrives, would be an all-new motorcycle from the Japanese manufacturer for the Indian market. As its name implies, the V-Strom 250 is expected to be powered by the same BS-VI compliant 249cc unit as the Gixxer 250 – which makes 26.1bhp and 22.2Nm of torque and comes mated to a 6-speed manual transmission. It will be the brand’s entry-level off-roader and go up against the likes of Royal Enfield Himalayan when it arrives in the country. We are expecting Suzuki to debut its entry-level adventure bike around December 2020 at an expected price of around ₹3 lakh bucks in the Indian market.

Now, unlike its 250cc sibling, the V-Strom 650 XT has already made its presence in the Indian market a few years back. Here’s a brief at the earlier version of the same. The V-Strom 650 XT was an adventure tourer that sat below the V-Strom 1000 in Suzuki’s touring range. The 650 XT had a radical styling, replete with a beak-like front fairing, vertically stacked headlamps and an adjustable windscreen. The motorcycle, however, missed out on some features like LED headlamps, alloy wheels and a digital tachometer. The new motorcycle will continue with the same design as the older one. However, the biggest change will be under the hood, as the new bike will be powered by the same engine, which will now be BS-VI compliant. We also expect Suzuki to equip the new bike with a LED headlamp and a digital instrument cluster, something that was missing on the earlier model. Expect it to arrive as early as next month, with a small price hike over its predecessor.

With the upcoming 2020 version, Suzuki is aiming to revive the Katana name, which was in production from 1981 to 2006. By the looks of it, the Katana is quite fresh and contemporary. It sports an aggressive design language, replete with sharp cuts and creases all over the body. Be it the low-slung nose, muscular fuel tank, or clean floating rear tail, there’s nothing to fault with the design of the Katana. That said, it will also be loaded with a ton of electronics and full LED lighting to keep up with the segment standards. As far as the powertrain is concerned, the Katana is expected to feature a 150bhp 999cc four-cylinder motor, and a six-speed transmission and a slipper clutch. It will have three-level traction control and ABS. Expect Suzuki to price the Katana around ₹10 lakh bucks in the Indian market when it arrives by the end of this year.

Out of the lot, this is going to be the most expensive and powerful motorcycle Suzuki rolls out this year. As the name suggests, this will be yet another adventure offering from Suzuki. The design of the V-Strom 1050 will be likely similar to the V-Strom 650XT with a few over-the-top aesthetic modifications. Expect Suzuki to launch this motorcycle by the end of this year. It will not be an affordable offering, as Suzuki might price it around ₹14 lakh bucks in our market. To read more like these, be sure you head over to autoX.