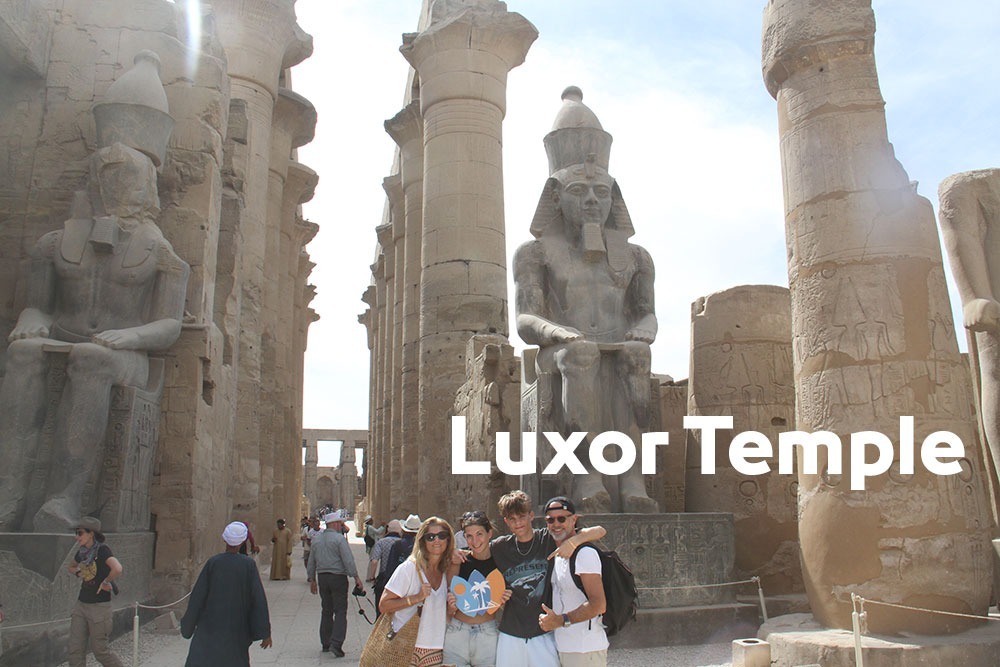 Luxor Temple or Wast temple southern one or harem temple these were some of the names given to this fully historic temple locates on the Nile east bank of Luxor. Was connected to the other big temple of el karnak with a road of sphinxes on two sides which runs for about 3 k.m.

Luxor Temple was built in his older inner part by king amonhoteb the 3rd who had his harem palace nearby it, it was roughly about the 14th b.c.

Later his son crown prince ،who is well-known buy Akhenaten ruled the country this king was full of Mystery until now we cannot tell a lot about him this Pharaoh called himself Akhenaten which means the Living spirit of the god, or the glory of the god

But his ideas about believing in one god were not accepted by the priestess of the God Amun who had a great influence in Thebes the ancient capital of Egypt so the king found that his town is going to be a big battle between the people who believed in his god and others who followed their priests of Amun for that reason the king decided to leave the town of Thebes and decided to build a new capital for Egypt which he called akht_aten    which means the Horizon of aton he continued ruling the country for about 12 years after that but actually we are not sure what happened for him but everything says that he was murdered and his young  9 years old son king Tutankhamen got the throne of Egypt.

Luxor Temple is one of the important archaeological sites in Luxor, which you can go to by booking Hurghada Excursions to Luxor or a private Luxor Day Trip or by bus with a group and enjoy your vacation in Egypt.

Entrance Ticket for the students = 90 EGP